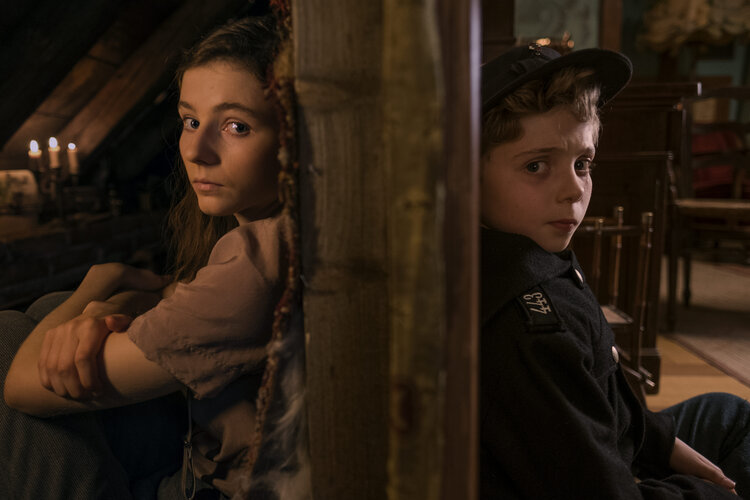 "Jojo Rabbit is adapted from the book Caging Skies by Christine Leunens, which my mother introduced to me in 2010. At the time, I was getting tired of seeing World War II through the lens of the soldier and began to wonder what the experience was like for ordinary people.

This idea of how war affects children is what led me to connect on a deeper level with the story and themes in Caging Skies. The idea of trying to understand this little boy who we should despise, and seeing Nazi Germany falling apart through his eyes, that felt like a challenge.

Cut to 2020, and Jojo Rabbit now has a resonance that I could never have predicted in 2010. It’s shocking and kind of sad to think that a film like this would have even more relevance than ever, but it’s also a reminder of just how important these stories are. They’re more than films, they’re dialogues around the way we treat each other and raise our children. They’re a way of educating ourselves, and more importantly the younger generations, about the dangerous habits of humans and the importance of fighting against intolerance and hate."
Taika Waititi, Vanity Fair - Oscars 2020